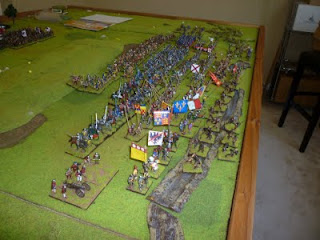 Greg and I are going to be running two Hundred Years War games at Gamex, the local convention here in Los Angeles, and I thought I would take some pictures before I packed up the miniatures. I've managed to tempt my friend Greg with the period and he has become a pretty prolific painter of 28mm medieval miniatures. Between the two of us, we've managed to amass a significant army. I do all of the basing to keep it consistent and also because Greg can't stand basing, flocking, etc. 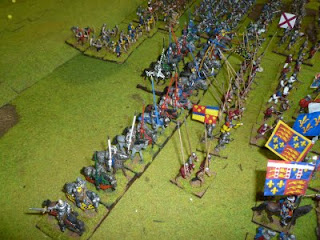 (ABOVE) Our mounted knights with pikemen in front. All of them are Perry Miniatures and I've replaced many of the lances with steel wire. 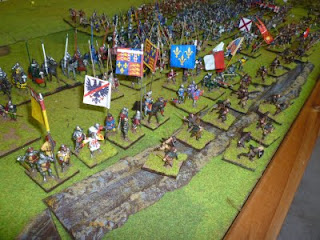 (ABOVE) Our command stands with skirmishers in front. Most of the flags can be removed from the poles. 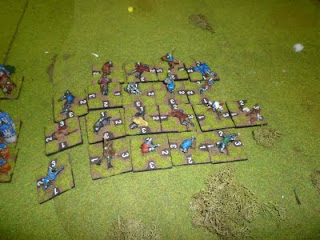 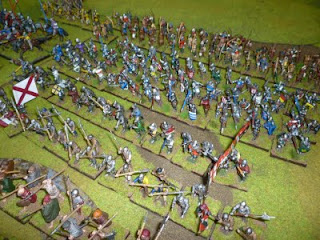 (ABOVE) Dismounted men-at arms. Perry in front, Old Glory behind. 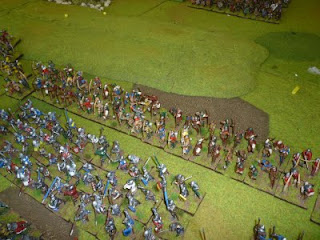 (ABOVE) Some of our longbowmen. There are actually too many to fit in the shot. (Perry and Old Glory) 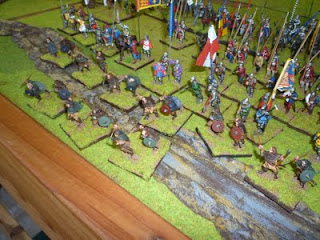 (ABOVE) Close-up of my Breton skirmishers (Old Glory) (ABOVE) Unloaded and disorder markers. 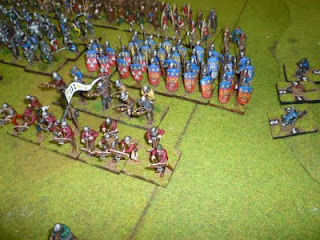 (ABOVE) Crossbowmen and pavisiers (Perry Miniatures). 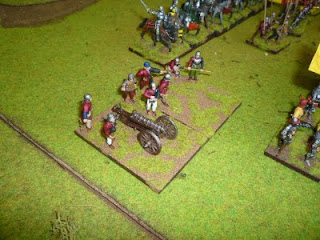 (ABOVE) One of Greg's artillery units. 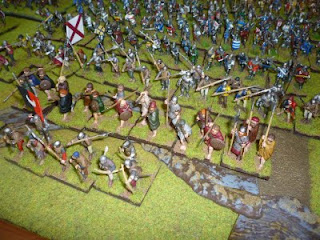 (ABOVE) Billmen and other common infantry. The big peasants are old Vendel figues. They look like freakishly large peasants. Don't trust this scum to hold the line.
Posted by Castigator at 2:56 PM 2 comments: