Here are some pictures of the Winter Goblins I've been painting.  The miniatures are from the plastic GW goblin spear regiment box set.  I like how they've turned out.  The box gives a lot of variety in posing and while removing the mold lines on the figures is annoying, for the most part, the sculpting is full of character.

The little guys are very animated which made it difficult to base them 4 figures per 40mm square base.  I plan on using the units in attack column (2 bases by 2 bases), so these guys will be the front ranks of two units with their spears pointed forward.  There is no way I could use the spear forward guys in a second rank of bases.

I'll paint and base two rear bases for each unit and use poses where they are holding their spears upright.

I guess I assumed since they were small goblins that basing them wouldn't be a problem, but I'm obviously going to have to plan the basing very carefully to fit the guys onto the bases.  Otherwise,  the bases won't be able to line up and touch each other.  I could use slightly larger bases for them, but I'd rather keep the basing consistent through my armies. 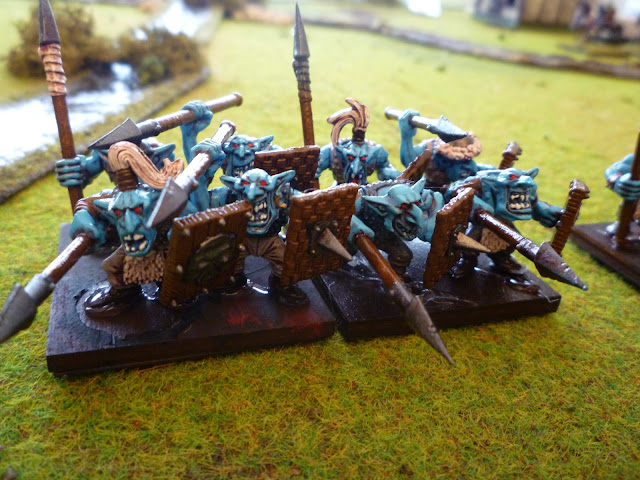 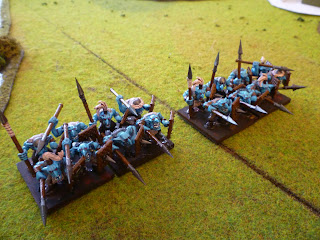 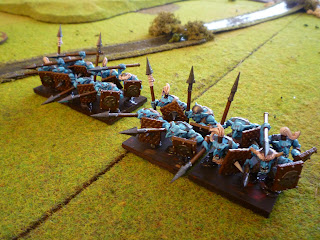 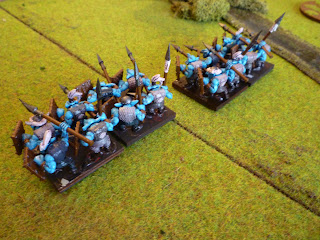 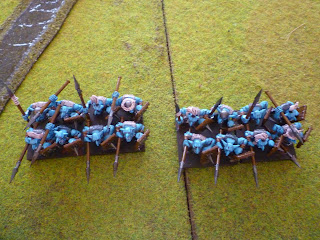