I bought some JR Miniatures 6mm Soviet ruined buildings while I was at Historicon.  The models are pretty good with lots of character, but I had some difficulty removing some of the mold lines from them.  Some of the windows were impossible to carve out, but then I figured, "What the hell, they're ruins!"and left them alone.

These buildings will serve as Prokhorovka structures and the Brick Factory for my Kursk: Prokhorovka Field of Battle WW2 scenario.

I washed the buildings in soapy water, primed them with a rust brown spray primer and touched them up with gray paint for concrete and a few other touch-up colors.  I dry brushed the rubble with some more gray and then ink-washed with brown and black ink washes.

Finally I used some dust pigments I had to add some variations in color.  "Brick Dust" made great dirt piles of pulverized rubble.  "Black Smoke" was great at showing fire damage and scorch marks on the walls where the damage was most severe.

Hope you like the buildings.  I'm nit much of a terrain painter and I managed to knock these buildings out in a few hours, not counting the time it took the primer to dry. 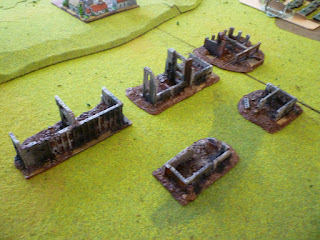 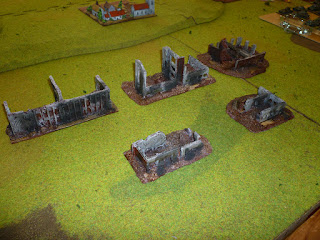 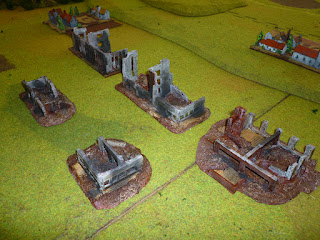 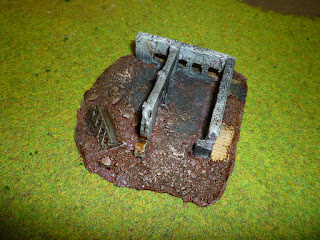 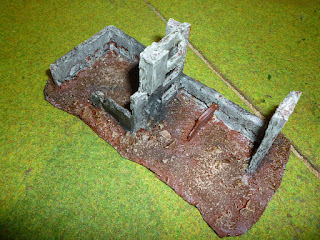 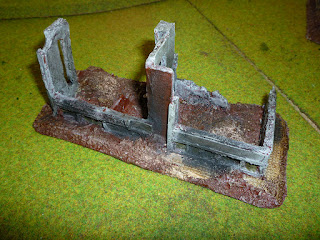 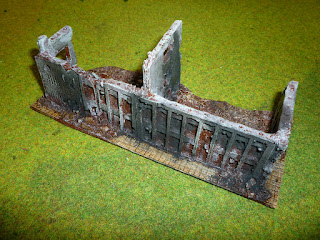 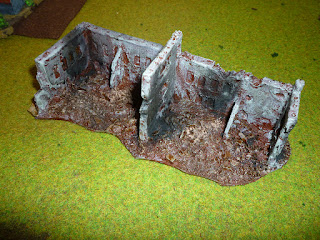