The game room is ready for tomorrow's first live play test of the Kursk scenario.  While I still have some terrain and buildings to paint, the majority of the miniature painting for this large project has been completed. 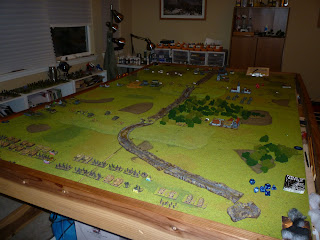 (ABOVE)  View of the table from the German end. 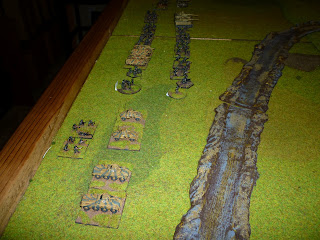 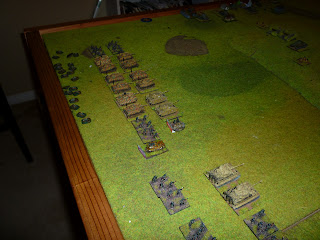 (ABOVE) Panzer grenadiers and panzer battalions.  They are merely lined up for my own administrative counting.  This is not their tactical deployment. 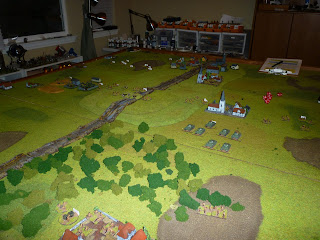 (ABOVE)  A view of the Soviet defenses behind their front lines. 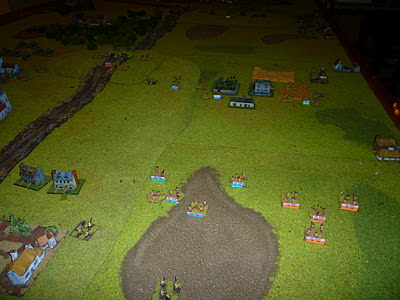 (ABOVE) The view from behind the right flank of the Soviet 9th Guards Airborne Division.  Command stands are circles.  Heavy weapon markers are hex bases.  (Whooah!  I just noticed I forgot to tape the unit bases for these two battalions onto the bottom of their stands! That reduces the white backing you see from the labels when you stare at the units from the other side.  Good thing I photo these games)

Normally, the units on the table are two stands each.  When units dig in or deploy into a town, I represent them with only one stand to show that they are in a more defensive posture.  It's much more effective than the stupid pipe cleaner fortifications I was using to show that 27 infantry companies began the game "dug-in".  I also justify the smaller unit footprint by arguing that a mobile, more offensive unit would have its sub-elements more widely dispersed during the course of a turn than a unit committed to hunkering down in its trenches. 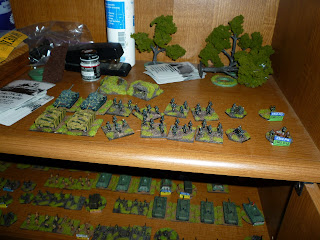 (ABOVE and BELOW) So, the table might look big, but tucked away in the cabinet are the many reinforcements that are destined to arrive and die on the battlefield. 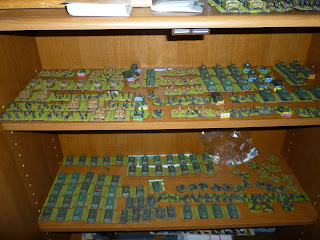 (BELOW)  And finally, before I go to sleep before the big game tomorrow, my trusty ally awaits me and reminds me, "You need to dullcote varnish the heavy weapon stands before you go to bed."  Good hell hound! 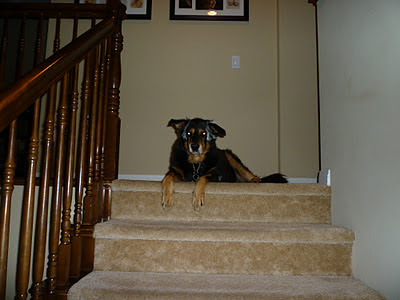