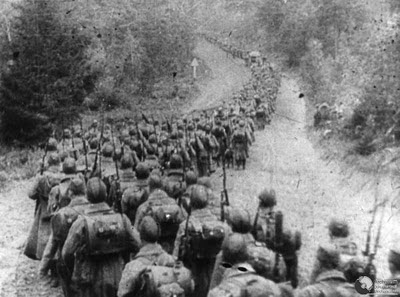 I play WW2 games using the Field of Battle: WW2 rules from Piquet.  If you want to learn more about this project, click on the Kursk or WW2 tabs.

While I've been developing my Kursk: Prokhorovka scenario, I've come to realize that  it is going to require a ton of Soviet infantry to recreate this epic battle.  On July 11, 1943, the approaches to Prokhorovka Station were defended by the dug-in infantrymen from the 9th Guards Airborne Division.  27 infantry companies.  At two stands per company, that means I'll have to paint 54 4-figure stands of 10mm Soviet infantry to field the division.  I've also discovered a few motorized infantry brigades that I was previously unaware were part of the Soviet counterattack on July 12.

All of the bags of Pithead 10mm Soviet infantry arrived in the mail and I began basing them onto 30mm square Litko bases (BELOW).  I had to spread out all of the different poses into piles to make sure I had a good variety of posing on each base. 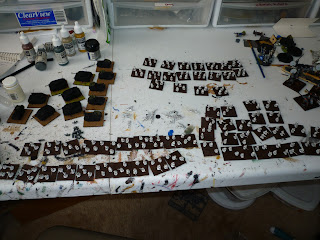 I then primed the figures, glued the ground ballast on the stands, and started the base coat painting (BELOW).  When I do this again, I would glue the ballast on after I finish with the painting.  I often base first and it seemed like it would be easier, but as I painted some of the loose ballast kept getting onto the figures and mixed in with the paint.  Annoying 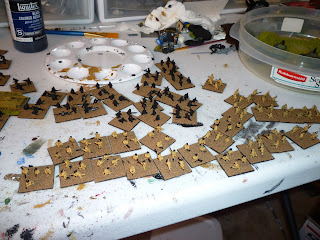 I also took some tank commander figures and glued them onto the plastic pre-painted tanks I'm using for tank brigade command stands.  Pithead makes a cool 10mm figure that is waving a signal flag.  Love those Soviet radio systems!  The tank commander next to the red flag waver is a Pendraken tank commander.  He's kind of cool because he comes with his hatch lid (BELOW). 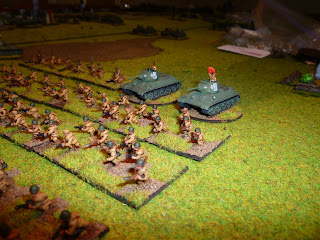 The Pithead infantry packs are great.  The figures have animated poses and plenty of deep creases where an ink wash can settle.  12 different poses per pack. 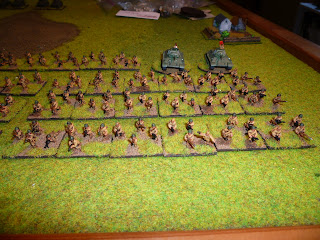 They are primed black.  The paint colors are:
Some advice when painting these little guys.  Don't get too wrapped up in painting the figures perfectly.  The ink wash is very forgiving and most of your careful detail painting will be invisible to anyone who isn't wearing an Optivisor.  Even the pictures in this post are zoomed closer than anyone will see with their eyes.   Get the basics done and let the ink do the rest. 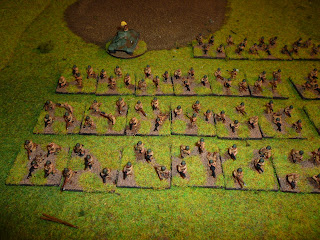 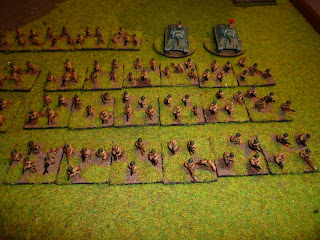 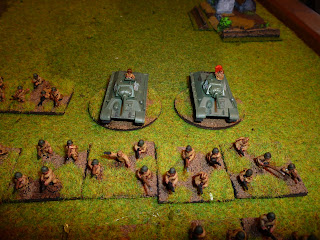 (BELOW) This tank commander is waving a yellow flag.  "Caution, tanks ahead?!"  I've read that the Soviet flags were red, yellow, and green, but I don't know what they signified.  probably not STOP, CAUTION, and GO. 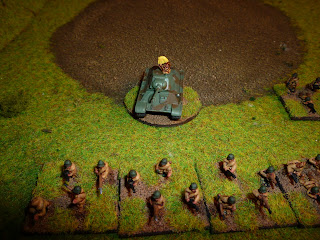 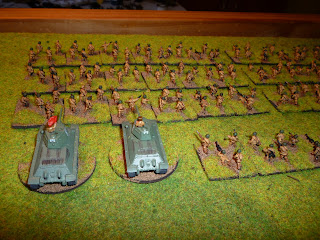 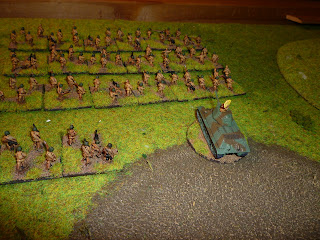 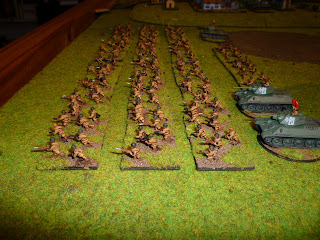 (BELOW)  Here is the  infantry force so far.  41 stands with 20 stands left to paint.  Almost seven battalions.  It can be pretty tedious, but I've found that if  I paint them 6 at a time, I'm doing a battalion at once and it seems less dreary. 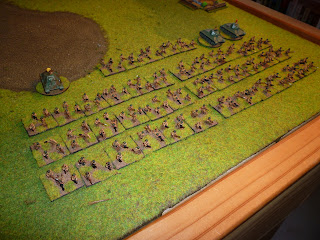 And BELOW are the obligatory close-ups: 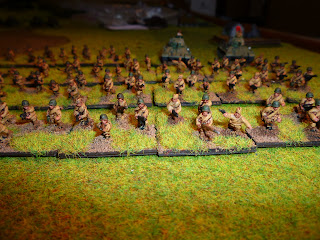 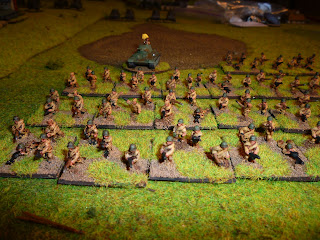 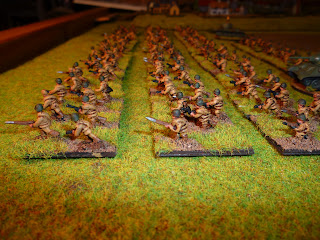 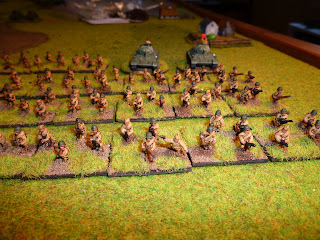