Here is an after action review of a game we played last Sunday using my First Bull Run scenario published in this blog. We used the Piquet" Hallowed Ground rules for this game. The scale is Battalion scale, so units are regiments and artillery are batteries.

(BELOW) View of the battlefield from the South. The Confederates start around Matthews Hill. The lead Union brigades are approaching from the North. 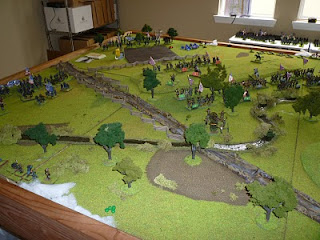 (BELOW) View of the Confederate starting defenses from the Union side of the table. 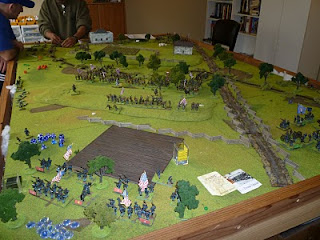 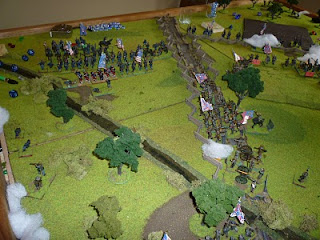 (ABOVE) The Confederates deploy to meet the Union attack. Jackson's Brigade is deployed to the left of Matthews Hill. They can be seen at the bottom left of the picture. 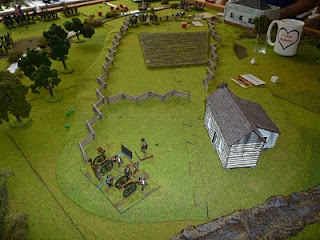 (ABOVE) Only token Rebel forces were left back on Henry House Hill as the Confederates committed themselves to a forward defense. And on Turn 2, the Union brigades of Sherman and Keyes crossed a barely guarded ford and appeared on the Rebel right flank (BELOW). 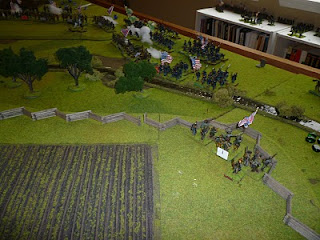 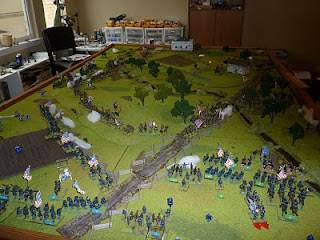 (ABOVE) Only a long streak of impetus pips saved the Rebels from disaster. The Union attack was also delayed when Sherman and Porter were both killed by enemy fire. Jackson was able to use the extra impetus to redeploy his brigade from the Confederate left flank to form a defensive line on Henry House Hill. Meanwhile, the other Confederate brigades conducted a fighting withdrawal to pull away from the enveloping Union flanks. 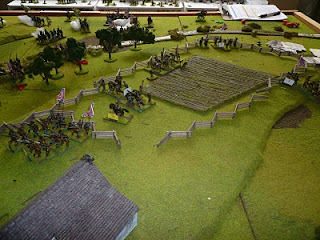 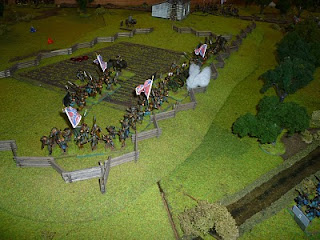 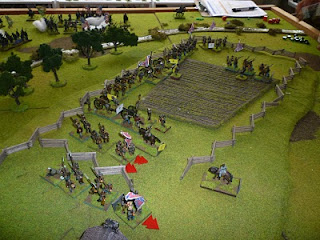 (ABOVE) Stonewall Jackson moves infantry and batteries into line on top of Henry House Hill. Bartow's brigade on the Confederate right flank breaks and flees past Jackson's troops. 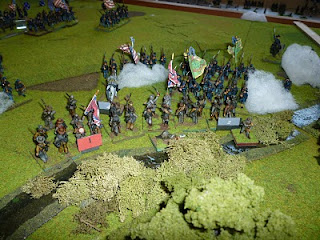 (ABOVE) By Turn 5, the Union was pushing the remaining Confederates back toward the Henry House. 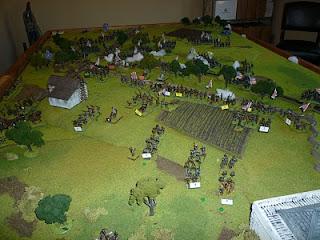 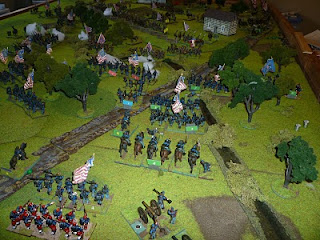 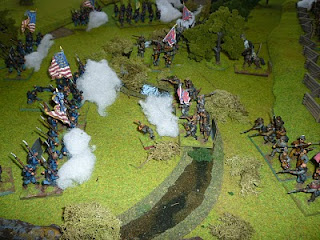 (ABOVE) Through Turn 6, the Union continued to press its attack toward Jackson's line of gray-clad soldiers. 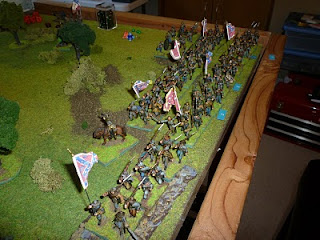 (ABOVE) As the massive Union assault ground its way toward Henry House Hill, Jackson felt some relief with the arrival of the brigades of Jubal Early and Kirby Smith. 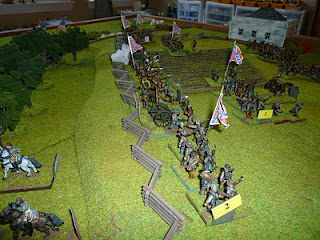 (ABOVE) Midway through Turn 6, here are some close-ups of Jackson's line as they wait for the Union attack to form up and make its assault on Henry House Hill. With 4 turns left, the Union leads the Confederates in morale chips: 14 to 6. It should be interesting. 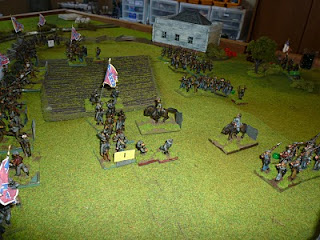 (ABOVE) Stonewall Jackson himself examines his troop dispositions while General PGT Beauregard looks on apprehensively. 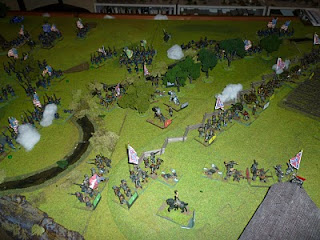 (ABOVE) By TURN 8, the last Confederate survivors make it back to Henry House Hill. 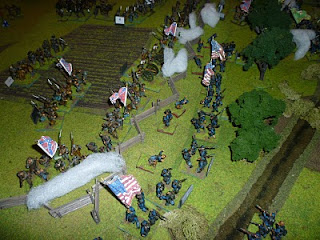 (ABOVE) Sherman's Union regiments enter the woods in skirmish order and open the engagement against Stonewall Jackson's defending infantry on Henry House Hill. They receive a blistering volley that puts several of the attacking units out of action. After those casualties, the skirmishers settled down to occasional sniping at the Rebel lines. A close-up of the action is BELOW. 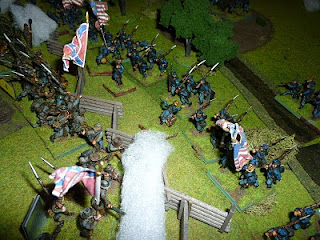 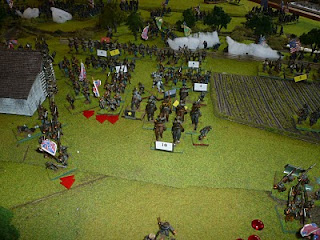 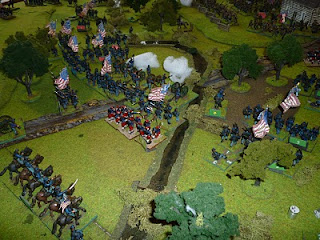 (ABOVE) The Union army presses the assault against Henry House Hill after a brief bombardment by their massed artillery. The Confederate view BELOW. 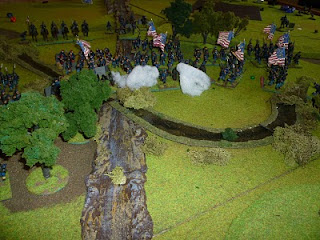 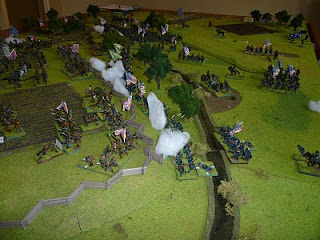 (ABOVE) A general view of the battlefield toward the end of Turn 9. (ABOVE) Turn 10, the final turn. Howard's brigade is devastated by plunging cannon fire from Jackson's artillery batteries on Henry House Hill. So much for the Union flanking attempt. 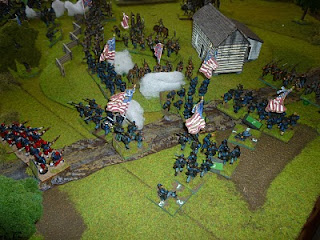 (ABOVE) The final Union assault on Henry Hill begins. But after some success, time runs out and darkness prevents the Union from building on their foothold.

In the end, although the Union army didn't take Henry House Hill, the casualties they inflicted on the Confederates who attempted to retreat were enough to give the Union an 11 morale chip advantage: barely a Union Decisive Victory.