I've been painting Games Workshop's Lord of the Rings Gondorians to field a Gondorian army for Piquet's Hostile Realms.  I've finally finished most of the basic infantry I needed.  Each unit is 4 stands (bases).  Now I have to move on to the Rohirrim cavalry, Aragorn, and Gandalf.
I had to rush the pictures a bit since the wife was bellowing for me to come to the table and eat dinner, but here they are.  I mixed some of the flags and leaders into the units.  The characters will be individually based and will serve as the heroes and commanders for this army.  The HR "Gonforian" army has decent infantry with strong leadership to bolster them, good magic, strong cavalry, and a good army command structure.
Based in mass, these average men of Gondor do look like they mean business.  I'm quite pleased.  We'll see how well they fight when they face Undead Jed's unroutable skeleton legions and Greg's armored knights of the Realms. 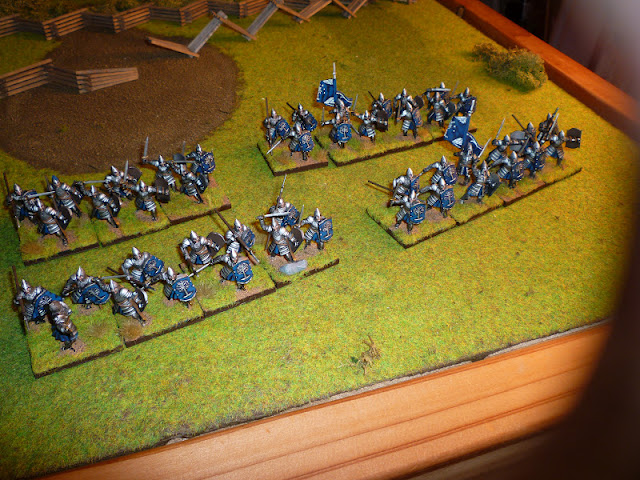 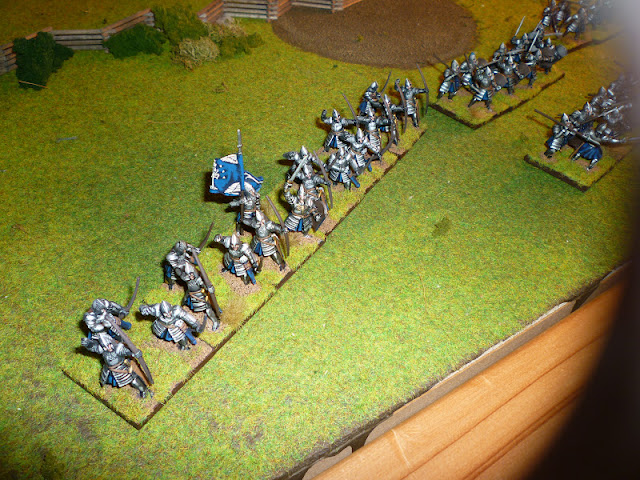 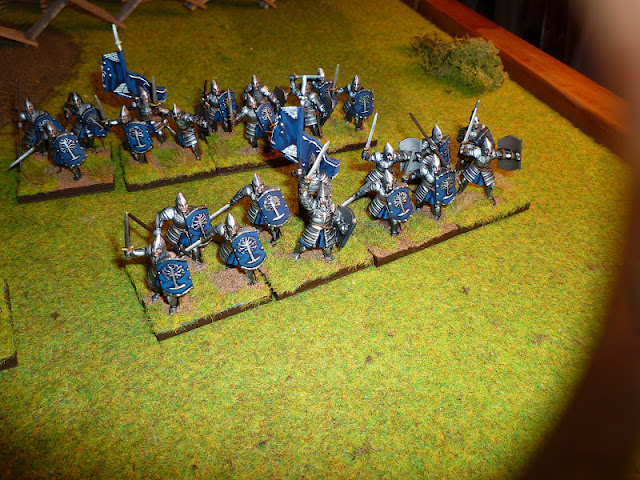 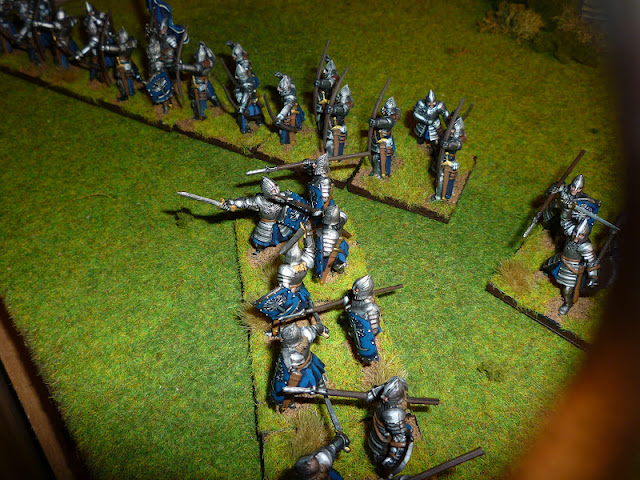 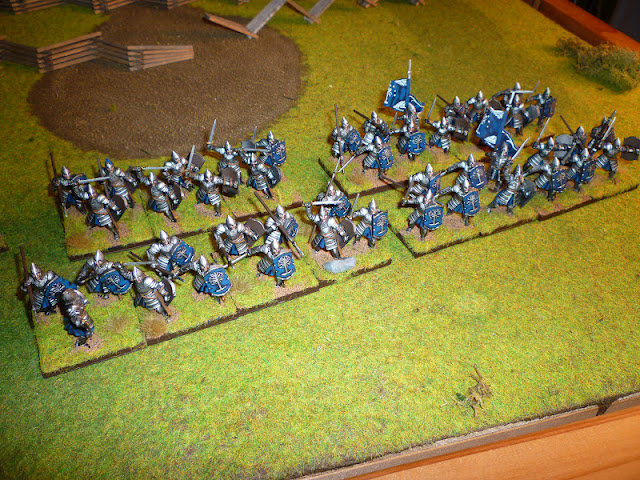 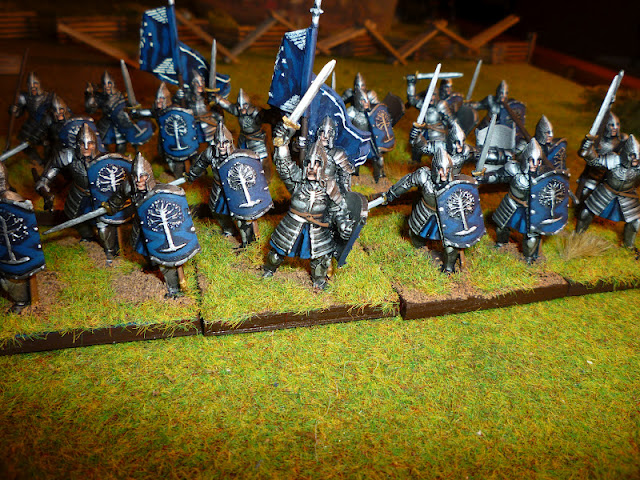 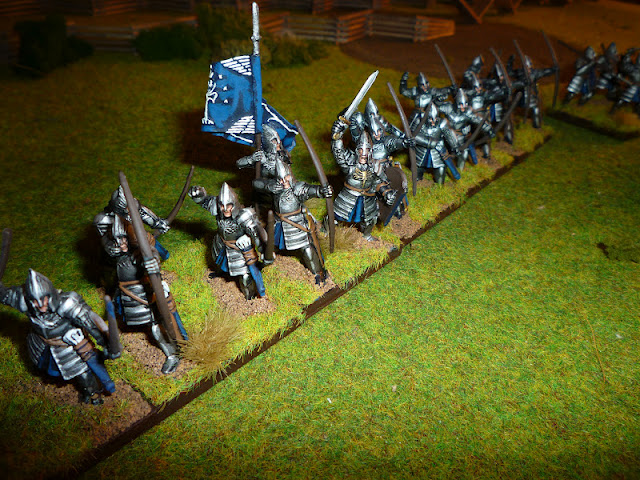 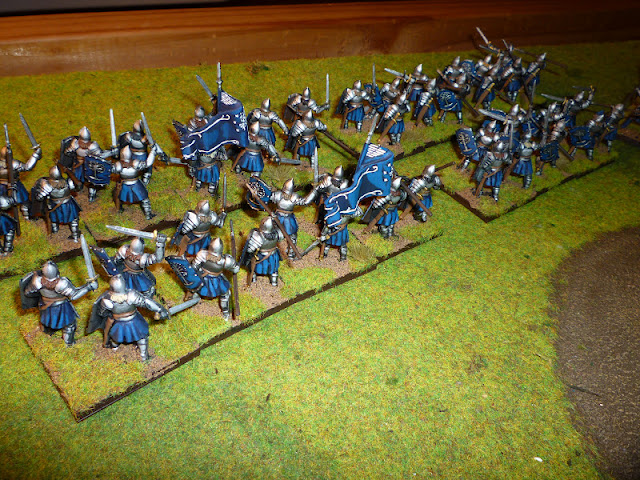 Posted by Castigator at 7:38 PM