Pictures of the Middle Kingdom Rex

Jed and I have our first Fantasy Realms campaign battle scheduled tomorrow.  The gentleman pictured below is The Rex, Jean the Good.  He is the titular king of the Middle Kingdoms and when present he "commands" their armies.

Jean earned his high position through birth and has held his status because he happens to be the best melee combatant in the Middle Kingdoms.  He's no strategic genius, but when battle is joined, Jean knows how to take care of business...in person.

When the Middle Kingdom matches up against the armies of the Undead tomorrow, Jean will use his special personal challenge ability, land his pegasus between the two armies, and issue a challenge of personal combat to the Evil Necromancer.  Typically, the Evil Necromancer rolls his eyes and writes Jean off as an immature show-off, but the courage Jean's antics show does serve to impress the manly mounted knights of his realm.  Maybe this boost to their morale will prove to be the difference in tomorrow's battle?  Or maybe Jean will get his "mano a mano" battle? 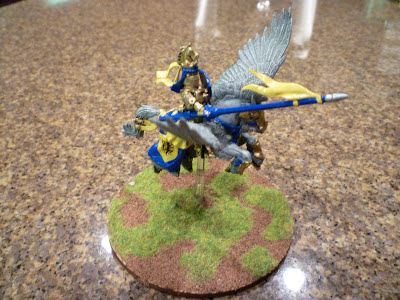 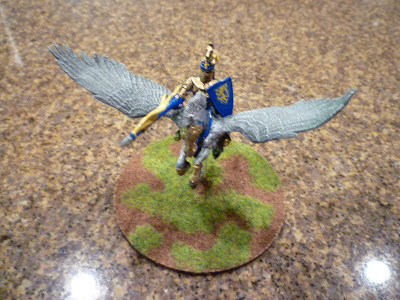 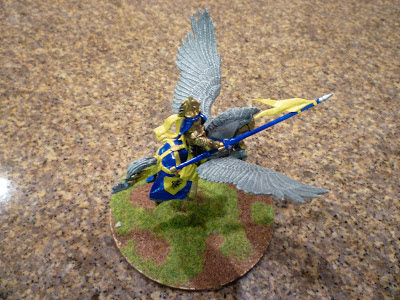 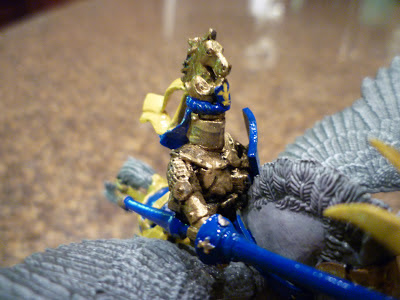 Posted by Castigator at 7:14 PM