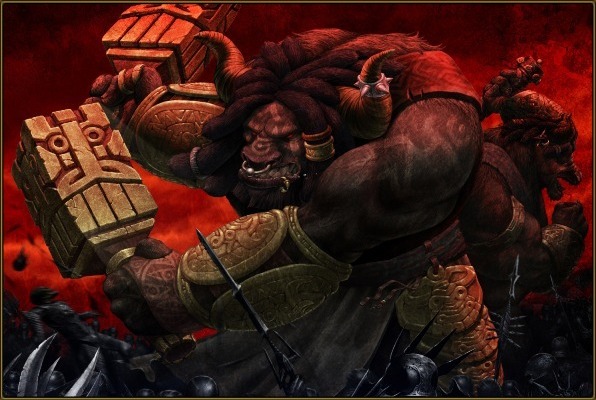 This is part of a series of articles I've been writing on converting Piquet's Theater of War campaign system for use with Hostile Realms, Piquet's fantasy rule set:
Now that we have the campaign roster established and you know how many units are on campaign with you, it's time to talk about how to determine which units are in a particular battle.

Theater of War uses a Piquet Army Characterization Deck to select the units.  You could also use a poker deck.  Special Effect cards have the following effects:
Force Size cards are worth their normal value (4 each of values 2 through 10).

Since a Stratagem was drawn, the player can take away one of his opponent's random Effect cards.  I use the Cavalry Effect card to pick the minotaurs since I'm pretty sure there will be plenty of cavalry chosen randomly from the list.

So now it's time to pick 16 random units (the Minotaurs are already selected).  I use poker cards assigned to each unit.  The results:

The Rex will lead a mounted command of 3 Household Knight units and 2 Feudal Knight units.

The Priest leads...wait for it...a Minotaur unit.  I can only imagine what the back-story is behind that command.

And there you have it.  I built this army while drinking a Bushmill's on ice with a few cards and a calculator while the wife watched the Real Housewives of Wherever.

A fun army with a King who is a master of jousting and personal combat, but a commander of unknown quality leading a command of the brashest, best-equipped and wealthiest knights of the Middle Kingdoms.

A young female hero who was raised as a child by Orcs, but now rallies the common infantry of the army with her Blessed Banner.  The center of her command is a solid pike block of townsmen.

And a mad priest who has emerged from the wilderness with a group of minotaur converts.  Hmmm.

Welcome to the wonderful campaign world of Hostile Realms.  It won't match up against the art and printing quality of Games Workshop, but there's magic in this book.

Posted by Castigator at 3:53 PM